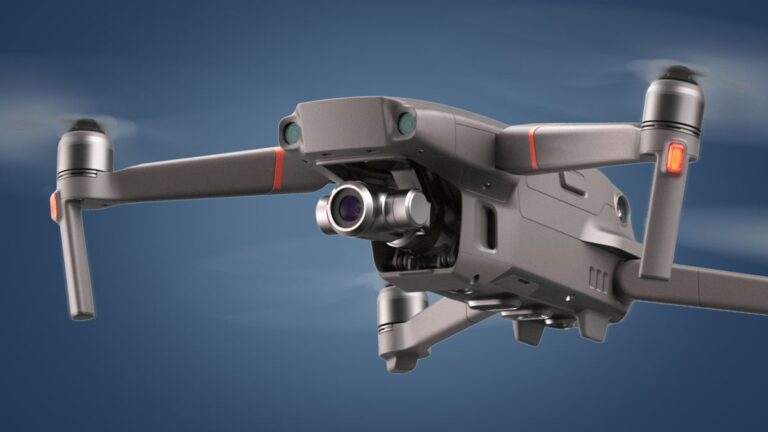 The DJI Mavic 3 Pro is the most anticipated drone of the past couple of years – and it looks like we may now have a date for its official lift-off.

In an unprecedented move, DJI has announced three separate launch events for October and November, and there are good reasons to believe that the last one – on November 5 – is going to see the long-awaited arrival of the Mavic 3 Pro.

If you’re not familiar with DJI’s range of drones, the Mavic 3 Pro is expected to be the successor to DJI Mavic 2 Pro, which launched in 2018. The Mavic 2 Pro was a landmark model for photographers and filmmakers, thanks to its combination of a compact, folding design and relatively large 1-inch sensor.

That 1-inch sensor, though, can now be found in smaller models like the DJI Air 2S, so the drone giant is expected to pack a dual camera – one with a much larger Four Thirds sensor, the other with a telephoto lens – into the exciting Mavic 3 Pro.

This would make it a huge upgrade on the Mavic 2 Pro and that apparently won’t be the only big change. DJI’s new drone is expected to be available in two versions – a standard Mavic 3 Pro and a ‘Cine’ model, with the latter bringing a built-in SSD and a new version of DJI’s Smart Controller.

All of these changes perhaps explain why it’s been such a long wait for the Mavic 3 Pro. Another factor is that it’s already been a pretty busy year for DJI. It treated us to the DJI Air 2S in April, which joined the likes of the DJI Mini 2 and DJI Pocket as one of ten new products added to DJI’s lineup in the past 12 months.

DJI has also announced two other product launches – one on October 20th, the other on October 27th – to take place before the rumored Mavic 3 Pro event. So it’s certainly going to be an explosive end to the year for the drone giant, and fans of its largely excellent video tech.

So what exactly do we know about the Mavic 3 Pro and when will it arrive? We’ve pulled together this guide to all of the big leaks and official hints, so you can prepare a landing pad for DJI’s biggest drone launch for some time.

But others, like compatibility with the DJI Goggles V2, are still up in the air. Here’s the full list from earlier this year of what we ideally wanted to see from the Mavic 3 Pro:

Historically, a truly ‘pro’ camera is one that lets you change lenses to suit different situations. Shooting landscapes? Time to grab a lovely wide-angle zoom. Going to a wedding? An 85mm prime is the better tool for the job.

You arguably don’t quite need this level of flexibility in the air, with a wide-angle focal length generally preferable in most situations. But it’d be great if the rumored Mavic 3 Pro could at least bring the option of a few different user-swappable cameras.

We had hoped to see this feature on the DJI Mavic 2 Pro and DJI Mavic 2 Zoom when they both arrived simultaneously in 2018. But DJI decided to instead launch two versions of the same drone with different cameras – these are technically swappable, as many YouTubers have shown, but it’s not a job for the average person.

Rather than launching two versions of the DJI Mavic 3, we’d love to see one drone with modular, swappable cameras that could be bought separately. There could be a large sensor camera for stills, an optical zoom camera, an 8K module for filmmakers and maybe even one equipped with global shutter for those looking to dabble with aerial mapping.

The latest rumors suggest that DJI could simply include two different cameras on the same drone, in a similar way to today’s flagship smartphones. But we’d prefer the true flexibility of interchangeable cameras.

Okay, perhaps our dream of a Mavic 3 with interchangeable cameras is too optimistic – if so, we’d settle for the drone making the step up to 8K resolution.

The best way of doing this while maintaining image quality would be for it to use a Four Thirds sensor, which would be considerably larger than the 1-inch ones in the DJI Air 2S and current Mavic 2 Pro.

The DJI Xenmuse X5S is a Micro Four Thirds camera for the Inspire 2 drone, but this kind of module is too big for a Mavic-style drone.

If that’s a step too far, we’d accept a resolution boost that could serve up some tasty oversampled 5.7K to provide the leeway necessary for crops, pans and digital zoom. Naturally, we’ll still want all the usual treats like adjustable apertures and flat color profiles for grading, too.

Back in 2019, DJI launched the lovely Smart Controller – an optional control pad for its drones that came with a built-in 5.5-inch touchscreen, so you didn’t need to use your smartphone as mission control.

Its 1080p screen is now showing its age, but we’d love to see a new version come bundled with the Mavic 3 – or at least arrive as an optional extra. Having a dedicated, all-weather controller with a super-bright screen is a real bonus for flying, and the addition of Ocusync 3.0 connectivity would make a new version a great ally for a next-gen Mavic Pro.

Perhaps the only issue might be cost, as the Smart Controller is currently priced at $749 / £579 / AU$1,099 – about half the cost of the DJI Mavic 2 Pro. But the latest rumors suggest we will indeed see a Smart Controller V2 bundled with the pricey ‘Cine’ version of the drone.

One upgrade that seems a dead cert for the DJI Mavic 3 Pro, based on the limited leaks we’ve seen so far, is an improved battery life.

The DJI Mavic 2 Pro’s flight time is rated at 31 minutes, but that’s without wind – and by the time you’ve taken into account the automatic return-to-home function (which kicks in when the battery hits 25% charge), your real-world fight times are more like 20 minutes.

The Mavic 2 Pro shoots excellent video and stills, but it isn’t quite the best drone out there for obstacle avoidance and sports-tracking. While it does have sensors on the front, back, top, bottom and sides, the latter are disabled in many modes.

We’d like to see the Mavic 3 Pro take a step up here and offer the true 360-degree smarts of something like the Skydio 2, which has six 4K sensors to help it build up a full picture of possible obstacles around it.

Two of those sensors are upward-facing ones on its front arms, which are possible thanks to its downward-facing motors. With early leaks suggesting the Mavic 3 might have a similar design, perhaps DJI has indeed taken some inspiration for its next compact flagship drone.

6. Compatibility with the DJI Goggles V2

The DJI Air 2S unfortunately isn’t compatible with the DJI Goggles V2.0 for first-person flying, despite having the necessary Ocusync 3.0 connectivity. DJI told us it is “theoretically” possible that the Air 2S could support the Goggles, but that “there’s no roadmap or timeline for this”.