10 Most Innovative Healthcare Leaders to Watch 2022

10 Most Innovative Healthcare Leaders to Watch in the World 2022 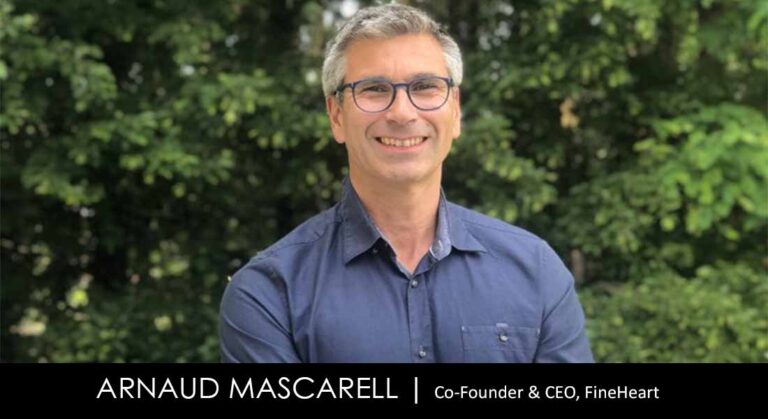 One of the most prevalent diseases in the world today is heart failure. People today are becoming more and more health-focused in order to avoid such mishaps.” With a healthy heart, the beat goes on,” goes the saying. However, heart failure can result in a number of terrible outcomes, and treatment is even more complicated. Devices that increase the heart’s capacity to pump blood around the body are still being developed by Medtech companies in response to the constant demand for new ideas. However, the majority of choices run the risk of causing internal heart damage. FineHeart has created a novel device that prevents internal damage and provides both temporary and permanent support during this crisis.

Arnaud Mascarell, the Co-Founder and CEO, is one of the people who came up with FineHeart. Arnaud sets the pace and has devised ground-breaking strategies to establish FineHeart as a respected healthcare organization. He uses his vast experience to make sure that clinical development plans are on track to meet the FDA’s and other relevant authorities’ requirements.

A Fine Journey to the Heart

After earning his Biomedical Engineering degree from UTC (Technological University of Compiègne, France), Arnaud began working for Air Liquide Santé as a research engineer. He later became a Field Clinical Engineer for Medtronic after serving a brief sentence. He quickly realized that if he wanted to improve his skills, he would also need to learn about the business side of medical operations. In 2000, Arnaud earned an MBA from IAE Paris. As the degree changed the direction of his career and led him to concentrate on sales and marketing, his decision came to pass. In 2010, he Co-Founded Fine Heart and began his entrepreneurial journey after a decade.

Taking a Competitive Advantage Through Technology

Heart disease has remained the world’s leading cause of death for the past 20 years, according to the World Health Organization. Arnaud mentions that heart failure is the second leading cause of death in Europe and the United States. It is now a pandemic that affects 64.3 million people worldwide and is getting worse over time (over one million new cases in G8 countries). Degenerative heart failure is a condition in which the heartbeat weakens over time and gets worse over time. The quality of life suffers as a result, as do the frequent and costly hospitalizations and early mortality. Pacemakers can treat a quarter of problems, which are electrical. The remaining two-thirds are muscular and can only be resolved with a heart transplant in the end.

A device known as a Left Ventricle Assist Device (LVAD) is implanted to increase the left ventricle’s pumping capacity due to a lack of donors. Despite the pressing need, the current LVADs are bulky and cause significant damage to the myocardium. Because of their risk of infection, bleeding, and thrombosis, they are almost always implanted in severely ill patients with short lifespans. It is frequently necessary to wait to decide whether to implant an LVAD in the event of a cardiogenic shock, forcing physicians to use temporary circulatory assist solutions.

The ICOMS FLOWMAKER® is a groundbreaking device created by FineHeart. This device is a paradigm shift in how severe Heart Failure patients will be treated and can provide both temporary support (with no time limit and preserving the patient’s mobility) and permanent support if the patient does not recover sufficiently from the shock.

In that it increases blood flow and is synchronized with the natural heartbeat, the ICOMS FLOWMAKER® is similar to an electric bicycle.

The left ventricle has received full implantation of the ICOMS FLOWMAKER® system. A tiny internal battery that can be recharged via transcutaneous energy transfer (TET) powers it.

Like a pacemaker, the wireless device can be programmed, and the operating modes can be tailored to each patient’s hemodynamic needs, preserving pump efficiency in the event of increased cardiac demand.

The patient claims that ICOMS FLOWMAKER is made to improve the patient’s quality of life by providing unrestricted freedom and assisting with their return to normal activities.

Overcoming Serious Obstacles The absence of long-term treatments for heart failure patients, particularly those who have advanced to the disease’s most severe stage, is one of the most significant obstacles that medical professionals must overcome.

The majority of treatments fail to help these patients, despite the fact that they bear the brunt of the financial burden.

Fine Heart is determined to address patients’ unmet needs and break the deadly heart failure cycle. The only device that synchronizes with the heartbeat to increase blood flow is the ICOMS FLOWMAKER, which preserves the heart’s natural pumping function.

Stepping Up in Tough Times

When Arnaud talks about the effects of the COVID pandemic, he says that the problem is that the health community has been dominated by the pandemic. However, due to the degenerative nature of heart failure, patients’ treatment delays have exacerbated the condition.

Fortunately, Fine Heart has not been significantly impacted and has been able to continue developing its device through pre-clinical trials. His concern regarding the pandemic stems from the fact that numerous patients have experienced heart issues with severe COVID-19 strains, which may increase the likelihood of severe heart failure in the future.

Arnaud’s efforts have contributed to Fine Heart’s recent $18 million series B funding close. A pool of independent and industrial investors was used to obtain this financing. As evidenced by the substantial investment made by cardiologists, the collective action brought together know-how from the world of technological excellence and renowned medical expertise. This shareholder group represents a novel strategy that goes beyond the standard approach to securing financial support.

FineHeart will continue to push and come up with novel ways to provide the disruptive treatment that the ICOMS FLOWMAKER embodies. This is just one example. The organization is on track to target First-In-Human clinical trials next year and currently possesses all of the resources necessary to accelerate development.

FineHeart faces all of the difficulties of a start-up in the medical technology industry, including difficulties in regularly obtaining financing and conducting product trials and research and development. Arnaud counsels aspiring entrepreneurs to have faith in their products because he is aware of the drive and obstacles associated with business ownership.

Arnaud asserts, “You must keep going and find solutions if you believe in your product and the potential disruptive treatment it can bring to save patients’ lives.”