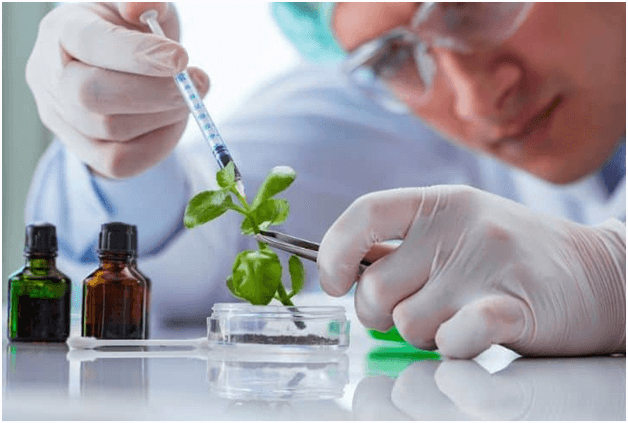 In 1981, Genetic Engineering and Biotechnology News launched as the newspaper of record for the fledgling biotechnology industry. Publications come and go, but GEN has stayed the course for the past 40 years, providing authoritative coverage of news, research trends and technologies that are driving the field. Over that time, GEN’s parent company (Mary Ann Liebert Inc.) has built an independent publishing enterprise, beginning with Human Gene Therapy, which launched in 1990 at the cusp of the gene therapy era. The portfolio has grown over the years, including specialty journals such as Tissue Engineering and PHAGE, multidisciplinary titles such as The CRISPR Journal, as well as numerous successful medical titles, some recent forays into IT (Big Data, Soft Robotics) and even further afield (New Space).

For the most part, these two wings of the company have worked independently. GEN did spin off a journal called Industrial Biotechnology in 2005, which set out to provide “an in-depth look at our ability to apply biological processes and living organisms across a spectrum of industrial and environmental challenges.” However, we have not attempted to launch a truly top-shelf multidisciplinary journal that does for peer-reviewed research what GEN has done—and continues to do—so diligently for the biotech industry.

The biotech industry is booming, with record breaking numbers of new drugs winning approval, companies going public, professionals moving to biotech, huge funding raises, and countless technologies fueling further progress and innovation in the industry. Bridging the gap between academics and industry has become a necessity to advance these technologies to their full potential for their therapeutic and environmental applications.

Launching in early 2022, GEN is spinning off a new peer-review title called GEN Biotechnology. The goal here is nothing short of publishing groundbreaking research in all aspects of biotechnology—from agbiotech, drug discovery and gene therapy to machine learning, synthetic biology, and infectious diseases. In addition, we’ll be publishing an array of front matter—commentaries, opinion pieces, and news features—to put the original research in a broader perspective. This will include selected stories from GEN Edge, our recently launched premium channel.

We are in the happy position of leading this effort within the virtual walls of Mary Ann Liebert. One of us (KD) has a long track record of launching groundbreaking journals, most notably Nature Genetics—the first spin-off title in the Nature franchise, which launched in 1992. He subsequently steered the launch of several other titles including Cancer Cell during his tenure at Cell Press and ACS Central Science, the first open access journal published by the American Chemical Society. In 2018, he spearheaded the launch of The CRISPR Journal—and last year published a book on the gene editing revolution called Editing Humanity (Pegasus Books).

The other (FL) is just beginning her career in science publishing and communication. She recently earned her PhD in Biochemistry from The University of California, Los Angeles (UCLA), specializing in computational biology and immunology. Her interest in science communication sparked when she won the Audience Choice Award at UCLA’s Grad Slam in 2019. Since that time, she has rapidly built an impressive network on her personal Twitter platform (@xiaofei_lin) and collaborated on projects with science media outlets including Chemical & Engineering News, BioTechniques, and Inside Higher Ed. In 2020, she started the video series and podcast, Grad Chat by PhD Balance, to showcase the human stories of current and former academics to provide practical advice on a host of issues for graduate students.

GEN Biotechnology is rapidly gearing up for launch in 2022. The submission site is open and we are actively welcoming original research manuscripts in all aspects of biotechnology. Interested authors can contact us in advance (editor [at] genbiotechjournal.com) to discuss whether the journal is the right enue for their work. Peer review will be swift, rigorous, courteous and constructive. We’ll work with our authors to shepherd their papers through the review process and (if accepted) to publication.

We hope scientists in industry and academia around the world will enjoy the validation and exposure afforded by publication in GEN Biotechnology, with accessibility in 170 countries worldwide and visibility to researchers in every facet of the biotech community. That begins in early 2022 with the launch issue. Authors who submit papers over the next few weeks will have the best chance of seeing their work published in the inaugural issue.

We’re excited to mark the fifth decade of GEN’s unparalleled coverage of the biotech arena with this exciting new journal bearing the famous ‘GEN’ logo.