Walmart+ individuals get first dibs on Black Friday bargains, which will begin toward the beginning of November 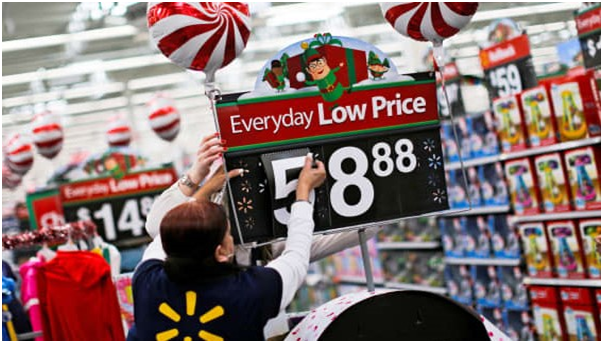 A Walmart worker organizes products for Christmas season at a Walmart store in Teterboro, New Jersey.

Walmart will not only dangle discounts on giant TVs, air fryers and Legos this holiday season. It will also push its subscription service, Walmart+.

The retail giant said Monday that the program’s members will be first in line for Black Friday deals this holiday season. Those customers can start shopping online sales four hours earlier than other shoppers throughout the month of November.

By granting that special access, Walmart is betting it can boost its membership — particularly at a time when many holiday shoppers are already worried about out-of-stocks caused by global supply chain challenges.

One-third of consumers are worried about stock availability and not being able to buy what they want or need during the holiday season, according to Accenture’s holiday shopping survey of approximately 1,500 U.S. consumers in August. The same percentage said they plan to do holiday shopping earlier this year.

Best Buy is using a similar strategy this holiday. It’s nudging people to sign up for its subscription service, Totaltech, by saying that members will get access to hard-to-find items this holiday.

Walmart sees Walmart+ as a way to drive loyalty and win more of customers’ wallets, much like Amazon has done with Prime. It launched Walmart+ about a year ago, shortly before the last holiday season. The membership program costs $99 a year or $12.95 on a month-to-month basis. It includes benefits, such as fuel discounts, access to an app that allows customers to skip the checkout line and free unlimited grocery deliveries to the home for orders of $35 or more.

The big-box retailer won’t say how many people have signed up. Deutsche Bank estimated last month that Walmart+ membership has grown to 32 million U.S. households, based on its monthly surveys of consumers. In a research note, it said those surveys also indicate that the pace of membership gains seems to be picking up.

Along with the Walmart+ perk, Walmart said it will stretch out its Black Friday deals throughout November — like it did last holiday season. The event, called Black Friday Deals for Days, will be broken into three sales events that feature different items, from toys to electronics. The offers will start online and continue in stores. The first deals day is Nov. 3 on Walmart’s website and Nov. 5 in stores.

Amazon, Target and Best Buy have announced plans to start holiday deals even earlier. Amazon began its first holiday sales event, Holiday Beauty Haul, on Oct. 4. Target kicked off its holiday push online and in stores with “Deals Days” Oct. 10 to 12. And Best Buy will start its Black Friday deals on Oct. 19.